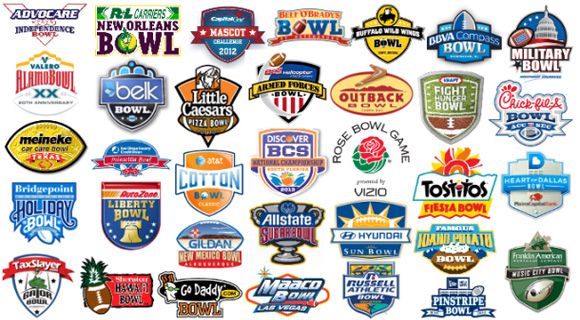 December is one of the best months of the year, especially if you are a fan of college football since this month there is a game every day. But although there are a lot of games, this does not mean that all are worth it to watch. It is for this reason that we prepare a list with the best Bowls of the NCAA so you can spend an entertaining Christmas full of football.

Fiesta Bowl – Ohio State vs. Clemson Undoubtedly this is one of the most attractive games of the bowls, with the two best teams in the country facing each other. In 2016 was the first time these teams play against each other in a CFP, that game ended with Clemson crushing Ohio 31-0. The 2016 result adds more spice to this year’s game as Ohio seeks to erase that humiliating result from memory. This match features exciting individual clashes such as Clemson offensive tackle Jackson Carman against Chase Young finalist of the Heisman trophy and who broke the ​school’s single ​ -​season sacks record ​ . This game promises to be very interesting.

Sugar Bowl- Georiga vs. Baylor Georgia comes to this game without 3 of its starting offensive lineman, which might seem a disadvantage, on the contrary, Georgia’s offensive line is quite deep and full of young talents of 4 and 5 stars. Cade Mays and Jamaree Salyer are part of Georiga subs; they have proven to be an excellent replacement for the starting players in the past. The Baylor Bears come from a staggering season in the Big 12. The most striking individual showdown of this game will be between D’Andre Swift vs. The All-American defensive tackle James Lynch.

Peach Bowl – LSU vs. Oklahoma SEC champions and nations ranked No.1 LSU will face No.4 and Big 12 Champions Oklahoma. This game is by far the best of bowls. In the personal clashes, the quarterbacks stand out, since Joe Burrow of LSU was the winner of the Heisman trophy, while Jalen Hurts of Oklahoma was the runner-up. LSU is emerging as the favorite in this game thanks to its explosive offensive that has achieved 16 touchdowns and 1290 yards this season.

These are the three best bowls to enjoy this holiday season.