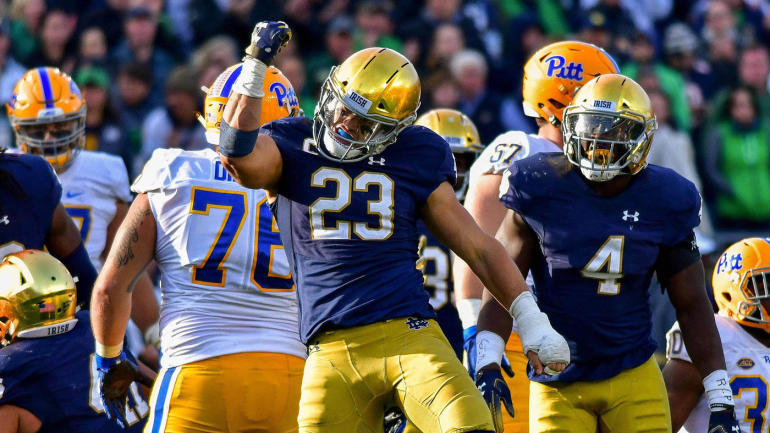 Last year an unusual situation occurred when choosing the teams for the Playoffs of College Football, and that is that Pac 12 and Big Ten could not send a representative to the postseason because of the SEC that sent 2 teams. This year there are great possibilities that this situation will be repeated and the Notre Dame Fighting Irish are responsible for bringing down the party and postseason aspirations of the Big 12 and Pac 12.

Notre Dame comes from a close with a victory against Virginia Tech 45-23 of a complicated cycle in its calendar facing teams of the ranking of the best 25. The next rivals of the South Bend team are teams out of the ranking, being the most complicated Northwestern and USC. In the event that Notre Dame loses to any of these teams, as long as it is not a very crushing and humiliating defeat, it will be very difficult for the committee to leave them out of the semifinals since the team has an impeccable record.

If Notre Dame advances to the postseason, those affected would be in the case of the Big 12 Oklahoma Sooners who have aspirations to the conference title as long as they suffer no more defeats.
In the case of PAC 12, Washington could be the victim, since they are the team with the most options to reach the postseason, or they were until losing to Auburn, although the match was close and the 2 teams gave their best, Auburn is a team that seems to fall apart and is not the strongest now, so Washington loses points for having fallen to a weak team.

There is still much of the season to be played and a bad game can change the current scenario for several teams. In any case, Notre Dame is the one who has the advantage to steal a spot in the postseason to another conference.