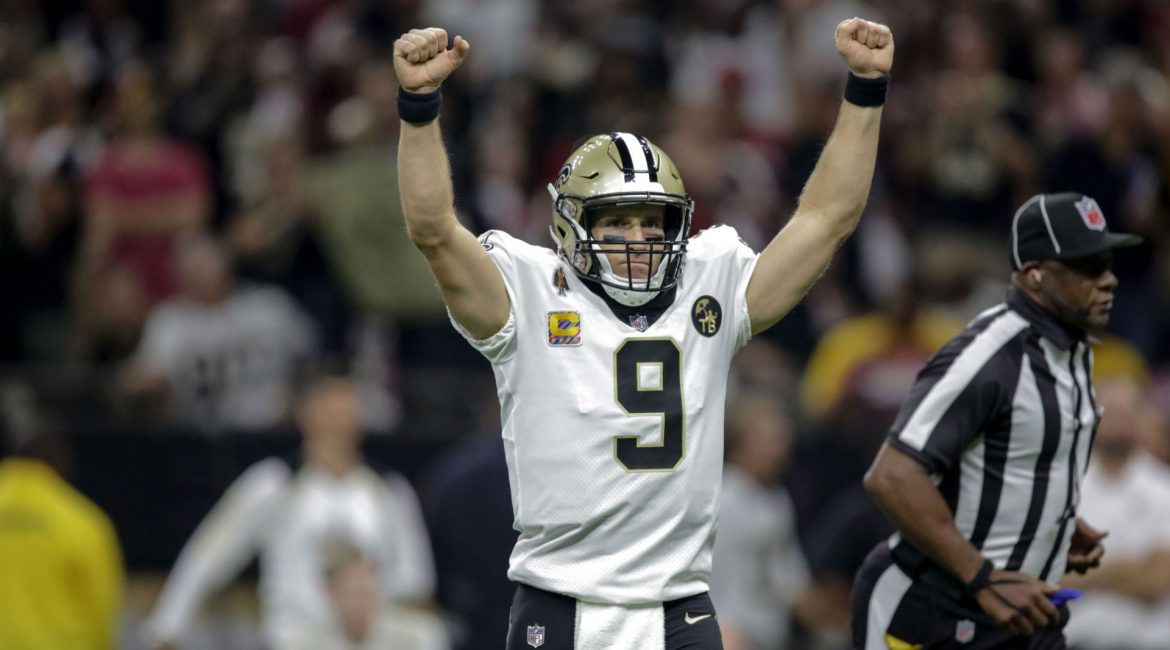 Payton Manning is one of the most famous, talented and recognized players in the NFL, but it seems that his legend begins to fade and new names bathe in the light of glory.

That is the case of Drew Brees the quarterback of the New Orleans Saints, who at 39 years has become the player with more passing yards in the history of the NFL, with 72.103. The historical night was during the game between the Saints and the Washington Redskins, which ended with a victory of the Saints by 43-19. Brees started the game as third in the historic passing yards ranking under Payton Manning and Brett Favre. He only needed two touchdown passes to break the record, in fact, his second pass was of 62 yards and received by rookie Tre’Quan, who reached the scoring zone.

After the score of Tre’Quan the NFL stopped the game to pay a tribute to Brees for his attainment. In retrospect, Brees’ career has been quite complicated since during his high school years he was discarded by all the big teams who were convinced that Brees could never be a good quarterback, even his first team in the league the San Diego Chargers league discard him off the team in 2005 for a shoulder injury that seemed to be the end of Brees’ career.

Fate, it seems, is not without some irony, since Brees has become the star of the Saints and a quality quarterback, so far in 2018 has a record of 77.9% of completed passes and 11 passes to touchdown.

There are still many games in the league to be played, so we could be witnesses of more historical events, broken records or some strange surprises.